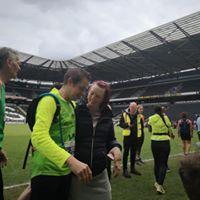 By VWR Lupo,
May 2, 2008 in Car Care, Maintenance and Mechanical

One of the most common faults on the Lupo/Arosa/6N Polo after the Pedal box issue is the gear box failing! Usually the most common on 1.4 16v models Symption of a Failing Gear box: If your lucky like

Aggreed! The Gearbox on my Lupo sport was perfect and that was coming up to 80k but then the Gearbox on my Arosa sport started to get noisey at 60k!!!!!!!!!!! But the pedal box on the arosa has been f

I can see it costing a few quid unless you do what Mk2 said. I bought a second hand box to rebuild, it was £250 as I have a Lupo 3L (special 5th gear otherwise computer errors on that) and I had lost