My new Lupo is broken 😔

All cars go wrong. It's just a machine. The more faults that are fixed, the more reliable and better the car will be. ECUs rarely go wrong and wiring faults are the biggest problems on all

@loopydebs , if you haven't 100% committed with that overpriced ECU service, back out. There'll be someother small mechanic's place in your area that specialises in vdubs. They'll provide you with a m 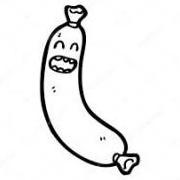 Skezza get out of here with your logic and reasoned argument sillyness.