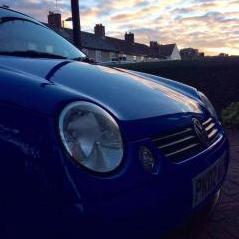 So over the past couple of days, i've been stripping my interior door cards and parcel shelf and retrimming them... Again... I much prefer this than the black material i used before! Heres a few pictu

So after owning my Lupo for just under a month, and after reading quite a few build threads, i have decided to do my own. She is a 02 reg, soft blue, 1.4 16v Lupo. My first car.

Since today is basically my cars birthday, i decided to go out and take some photo's.  I thought i would try my fisheye as well but this seems to have made the edges a bit blurry.