how much should new brake pads cost fitted on my lupo 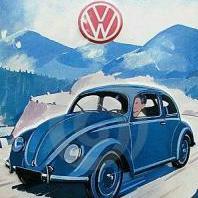 By Martycoo,
September 1, 2017 in Volkswagen Lupo